"Music is a higher revelation than all wisdom and philosophy."

Daniel was born in 1984 and since he was a child, he has really enjoyed experimenting with the marvelous world of sounds and music. When he was seven, his parents had no option but to sign him up to a conservatory to contain his disproportionate enthusiasm.

However, far from fulfilling a temporary need, he ended studying sax and piano. Finally, he devoted himself to his real passion: musical composition. His path led him to study the sound field at the same time. He really enjoys  mixing sounds like a goat with his huge collection of devices and gadgets.

He is currently working as Sound Designer and Musical Composer at Risin’ Goat. He is also working in other audiovisual and radio projects. 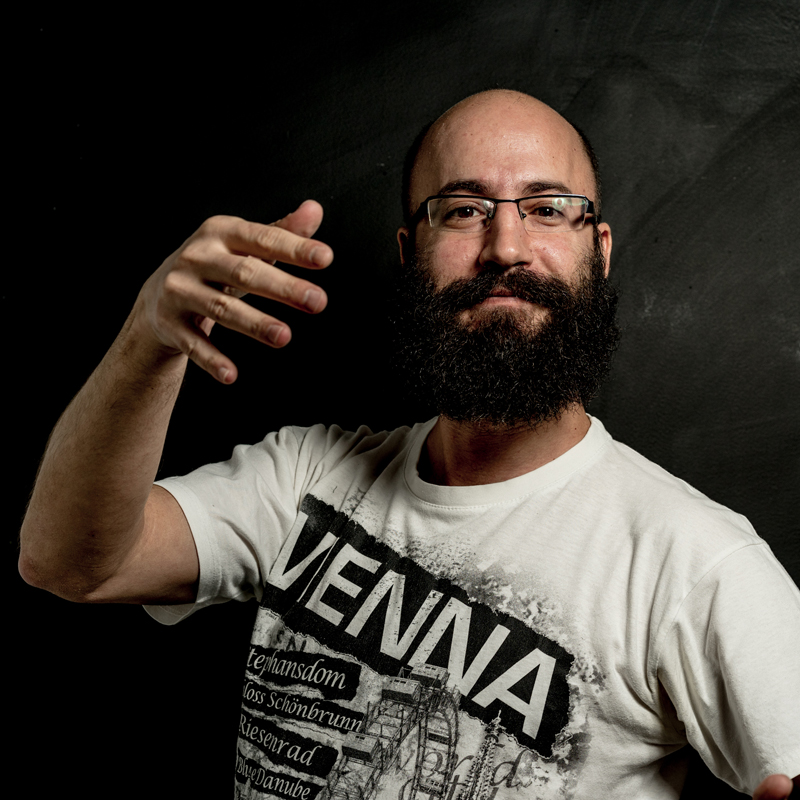