A Rite from the Stars

‘A Rite From The Stars isn’t simply emulating the past and I’m grateful for that.’ – Rock, Paper, Shotgun

A Rite from the Stars is an adventure whose development has laid the foundations of Risin' Goat's philosophy: to offer products that are inspired by the best references in the sector, but always including innovative and differentiating elements. In this project, we have focused on music and narrative.

In the last four years, we have gone through a Kickstarter campaign, a Greenlight campaign, won several awards, signed a distribution contract with Razer and reached a publishing agreement with Phoenix Online. 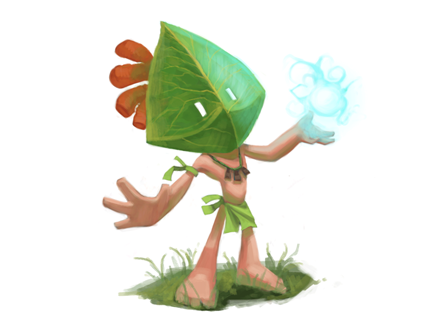 A Rite from the Stars is a 3D point & click adventure game set in a paradisiacal yet dangerous environment… The Mystical Island of Kaikala. There, a mute kid from the Makoa Tribe by the name of Kirm, must overcome a rite of passage to leave his childhood behind. However, this will not be easy, as he has been chosen by the Stars to become a legend among his peers.

For this, his rite will not be an ordinary nor an easy one. Fortunately, Hoku, his personal guiding star, has descended to Kaikala to advice him on this challenge. And for Kirm to overcome it, he will need to master three paths…

Wisdom is, of course, about the mind and will be mentored by Ailani, the Chief. Kirm will have to think sharp to go through the Yesterday Temple and avoid all its traps. During this path, Kirm will pick up items and carry them within each temple room to unveil the mystery of every ancient mechanism. However, there are no inventories in A Rite from the Stars, so he will only be able to carry one at a time.

Courage is about the will and will be mentored by Kekoa, the First Hunter. Kirm will have to get deep into Kaikala’s jungle to reach The Beast’s Cave, where his destiny awaits. However, he will not be alone in this path. Every Makoa has a deep bond with an animal from the island. A meerkat called Mirk will be Kirm’s Power Animal, sharing his very soul. The player will be able to control both characters at the same time, but he must be careful because their bond is so deep that the death of one means the death of the other.

Spirit is about the soul and its unknown ways; it will be mentored by Waha Nui, the Shaman. Kirm will be trained to enter the Spirit World, a twisted version of reality, where physical and logical laws are not the same. By using this skill, the whole world will change: rocks may start talking, even singing, and every corner can hide a danger. He will have to use this ability to reach the highest place on the Island: The Volcano´s Crater. Once there, he will must seek a revelation from the heavens.

…and a Final Trial

Although the game has not yet been released, we have had the honor of receiving two awards that have valued the original soundtrack of the game even in its early stages of development:

The game does not feature

We have composed over 2 hours of original soundtrack for the game. We invite you to listen to a couple of examples:

For more information, material or press purposes, visit our press kit section. And, if you want to ask us anything, talk about the game, or just want to salute The Goat, use this email address: