"They are the crisis!"

Daniel loves flying, but hates planes. Sometimes, he burns them. That’s why he decided to learn coding: to change the reality in order to fulfill his dreams. He knows that somewhere, maybe at the bottom of the sea or in the top of some blazing volcano in the middle of a mystical island, lies THE COMPILER OF REALITY (it may only be written in capital letters). Some members of the team suspect that The Goat has promised to share its location with him if he serves properly.

So here he is. Killing bugs and shaping alternative worlds in his quest for the PERFECT FLIGHT (yep, capital letters are needed again). Someday, he may program your own life, your emotions, your feelings.. So be nice to him.

A game: King of Fighters Saga
A singer: Linkin Park
A book: A tutorial!
A comic: Monster by Naoki Urasawa 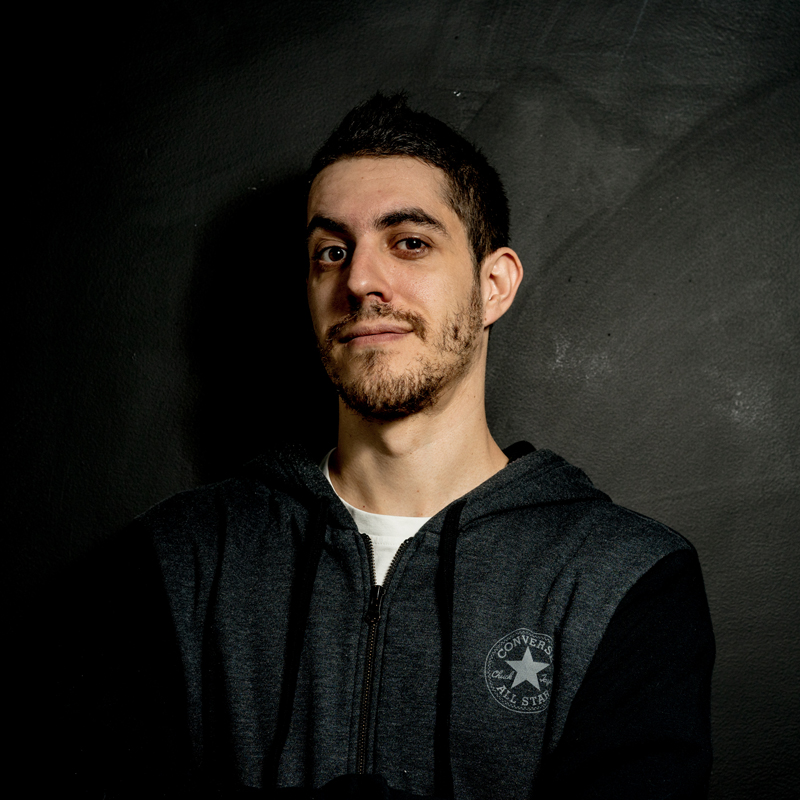