"Don't fear God. Don't worry about death. What is good is easy to get, and what is terrible is easy to endure."

Fabián served in the French Foreign Legion for five years. The usual amount. During that time, he knew many countries, many cities, many souls… It is a pity that he does not remember anything. He woke up a few days after his service ended on a beach in Formentera without any memories nor clothes. However, his mind was full of coding knowledge and skills. Since then, he has become a Unity Machine.He is currently aiding The Goat with the ones and zeros. There are always too many of them, so Fabian is the person in charge of all those nasty bits. In other words, he is the First Programmer of The Goat.

A game: Quake II
A singer: Juan Antonio Canta
A book: Gods, Graves and Scholars by C. W. Ceram
A comic: The Avengers by many authors, created by Stan Lee and Jack Kirby 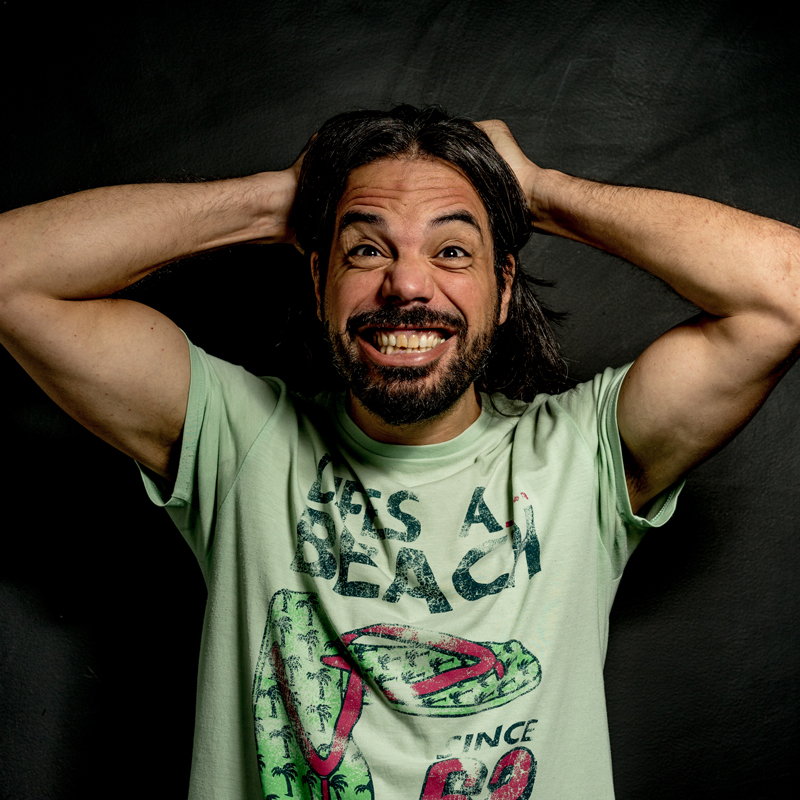