The Hulk, a lot of Marvel comics

José was born in 1982 and he has been living since then. During his childhood he realized that there is a third dimension out there, even a fourth, even when teachers always insisted on giving him A4 papers to draw. This would change over time.In the mean time he was the best postman of the world, achieving the incredible feat of delivering letters before they were sent. Once he even managed to deliver a letter before it was written, but this had little success. Anyway, he left that job to resume his 3D obsession, working mostly for TV and architecture studios (modeling indoor and outdoor designs). He is also a great chef, and that is a very much appreciated skill in Rising’ Goat.

The Goat has commanded him to grant the third dimension to the characters of his games. In other words, he is a 3D Artist focused on characters. 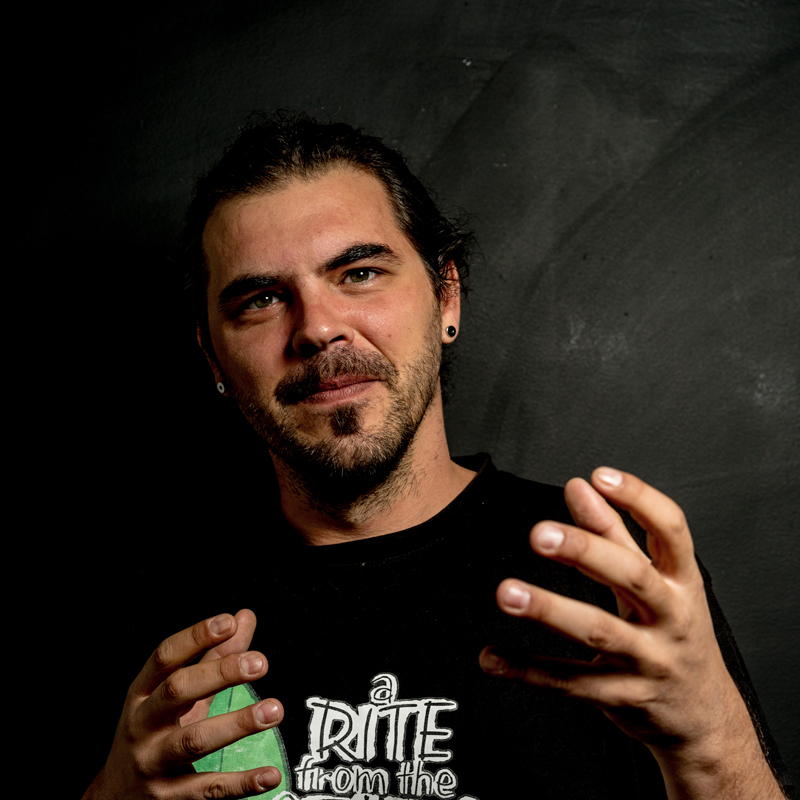