Any character in the Ace Attorney saga

Leyre is a person who can be paralyzed with a simple question: ‘Cats or burritos?’ Fortunately for her and for people who don’t want to stop her, a simple Internet search will get her back on the road after a few seconds of dying of love (seriously, google ‘cat burrito’).

Another of her peculiarities is her ability to turn beer into art. In fact, the appropriate verb to define this process is ‘distil’. When alcohol floods her liver with diffuse joy, it separates the euphoric particles from everything else and sends them to the brain to create a repository. This repository matures over the next twenty-four hours and is activated when Leyre thinks of a goat or a fox (there are probably more activating terms, science is still investigating this issue).

Once activated, her hands become a creative tornado: concepts, textures, 3D modelling, illustrations, animations, comics, pixel art… If it were the kind of tornado that destroys cities, it would have sharks inside. In the meantime, her brain is dedicated to enjoying life, imagining everything she will do as soon as her hands stop moving on their own. Leyre suspects that it is somehow involved in the creative process, but in those moments she sees herself as a duality that is not easily defined. However, she doesn’t complain.

A game: Ace Attorney series
A band: Alter Bridge
A book: Notes from underground, by Dostoievsky
A comic: The Veil, by El Torres and Gabriel Hernández 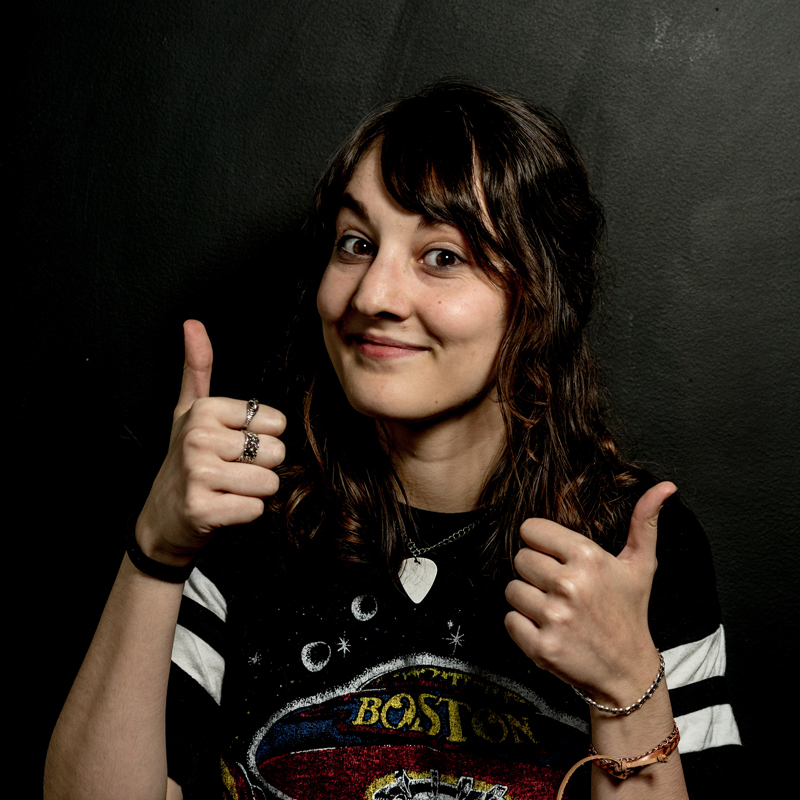